Get updates on my travels

Kuala Lumpur, the capital of Malaysia, was founded in 1857 by a member of the Selangor royal family, Raja Abdullah. KL is a modern and cosmopolitan city with a great diversity of religions and cultures and a melting pot of ethnicities: Malays, Chinese and Indians – that form the majority of Malaysia’s population.

The Petronas Towers opened in the city centre of Kuala Lumpur in August 1999. They were the tallest buildings in the world until 2004, when they were surpassed by Taipei 101. These two skyscrapers primarily house the corporate headquarters of the Petronas oil and gas company and other offices.

The Skyline in Bangkok, Thailand

The Skyline in Bangkok, Thailand 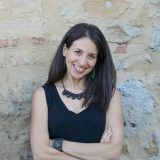 Ciao and welcome to my site! Click here and get to know me a little better.